I am extremely happy to announce the opening of our new Chinese medicine practice in Santa Monica!!! I've been eyeing this building for 10 years, and the timing and generosity of a great friend has made it possible. I'll officially start seeing patients next week, so please spread the word, visit our website, and like our Authentic Healing Traditions FB page!!! If you've seen us in the past, and you're so moved, please head over to Yelp to leave us a review as that seems to be a huge motivator for new patients. 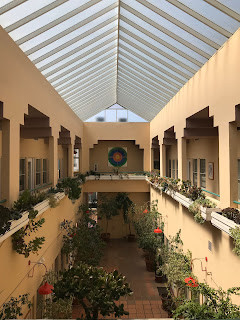 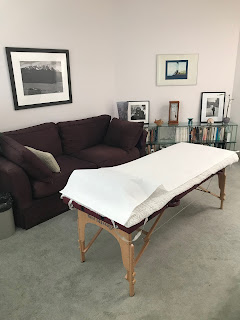 Thank you to all of my friends and family for supporting this new career path. It hasn't been easy, but I am forever in your debt. Especially my tai chi crew!!!!!
Posted by Rob Hoffman, DAOM, L.Ac. at 7:37 PM No comments:

I've had enough "interesting" experiences meditating, and especially spending time in the mountains of China and Japan, to know that science cannot explain everything, yet. But I approach Chinese medicine and acupuncture from a very scientific viewpoint. I like knowing how it all works, and examining the language we use to describe it. I don't rule out the spiritual components at all, but I'm cautious about the language I use. That being said, I witnessed something very special on my last trip to China with Dr. Feng Ninghan.

A 7 year old girl was brought into the clinic completely paralyzed as a result of encephalitis. She died at the hospital the week before, and the ER docs brought her back to life. However, she is completely paralyzed, and in constant pain. They expect that she will never recover. Her amazing parents massage her body, carry her everywhere, feed her, and of course try to figure out what her needs are. She cries out most of the time. If she stays in one position too long her BP drops, if she gets overly simulated her BP spikes, her extremities become cyanotic randomly.

She came into clinic one morning and she cried from the moment they came in the door, not a moment to breath for her family. My mentor walked over, palpated her lower legs, chose one point (spleen 6), and chanted "om" while he put the needle in and stimulated it. She immediately stopped crying, and her eyes completely shifted, she looked at us and there was understanding, she was with us again. Everyone in the room was kind of shocked. His assistants had never seen him do this. He put in a few more needles, and attended to other patients. Anytime she started to cry, he would walk over and stimulate the needles with the same result everytime, calm. We all know she may never recover, but if she, and her family can find a few moments of peace that would be enough.

Traditional Chinese Medicine combined with chanting and Buddhist thought does not happen often in China...
Posted by Rob Hoffman, DAOM, L.Ac. at 3:46 PM No comments:

Dr. Feng Ninghan practices a system of acupuncture called Nine Palace Acupuncture (九宫针法). The system is steeped in the theories of the He Tu Luo Shuo diagrams and the Yijing, and elucidated by both the Huangdi Neijing and Zhen Jiu Da Cheng. The creation myth of the He Tu, or Yellow River map, as mentioned in the Xici commentary of the Yijing, states that Fu Xi, one of the twin offspring of Hua Xu, created the diagram and the Yijing based on markings appearing on a Dragon Horse that emerged from the Yellow River around 2600 BC (Theobold, 2012). The Luo Shu diagram was created by King Yu during the Xia dynasty (2070 – 1600 BC). Yu is credited with controlling the massive floods that had plagued China by creating channels in the Yangtze and Yellow Rivers, and upon taking the throne also divided China into 9 provinces (Bjaaland-Welch, P. 2008). While King Yu stood on the banks of the Luo River, a tortoise emerged and on his under-belly were symbols representing the numbers and arrangement seen in the Luo Shu diagram (Adler, 2017).

The He Tu diagram represents the pre-natal or pre-heaven arrangement of the bagua, and the Luo Shu represents the arrangement of the post-natal bagua. Nine Palace acupuncture primarily utilizes the post-heaven bagua, and it is through the application of these hexagrams that we can apply the theories of yin yang, san cai (jing, qi, shen), san jiao differentiation, 4 stages (taiyang, taiyin, shaoyang, shaoyin), wu xing (5 elements or transformations), and 6 stages (taiyang, taiyin, shaoyang, shaoyin, yangming, jueyin). These theories also support 8 Principle differentiation (yin, yang, excess, deficiency, hot, cold, internal, external). 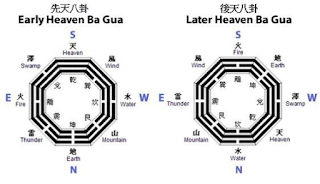 From the post-natal bagua we can draw what mathematicians have called the Magic Square. 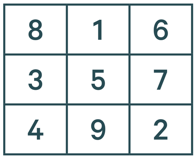 By placing this concept of the square on different parts of the body, such as the abdomen, we can derive acupuncture treatments that conform to the philosophical principles outlined above (Urs, 2014). Dr. Feng emphasizes that all acupuncture treatments must follow a treatment principle, and that each patient will present differently even with similar symptoms or even western diagnosis. There are no standard needle prescriptions as is often the case in TCM.