I learned the Sha style of bagua from Shifu Jonathan Wang. This is the master who created the form...

Sha Guo Zheng was born in 1904 in Shandong, China. He studied many styles of gong fu from an early age, and it is said he became proficient at the spear form called Liu He Jiang (Six Harmony Spear). 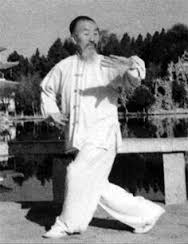 Jiang is arguably the most important martial arts scholar of the twentieth Century, and Sha became his top student living in Tianjin from 1924 to 1930. It is said Sha also traveled to Beijing frequently where he studied Sun Lu Tang’s bagua and xing yi.

Sha moved to Korea in 1930 to spend more time studying with Wang Che Cheng who had moved to Inchon. Sha’s reputation grew while living in Inchon when he defeated a Japanese solder in a sword versus spear duel. Sha wielded the sword even though he was already an expert in spear technique, and easily defeated the Japanese soldier. Sha also led the Chinese resistance against the Japanese in Inchon’s Chinatown.

Sha also learned the Eight Immortals sword set, said to have been passed down from Grandmaster Dong who had learned it from a Daoist priest.

Sha returned to China in 1933 after Wang passed away. He studied further with Jiang Rong Qiao in Wuhu for 6 months of intense training and research. In 1949 he was made an official martial arts instructor by the Chinese government, and spent the rest of his life training and improving his art. Sha passed away at the age of 88 in 1992.

Professor Kang Ge Wu was one of Master Sha's most prominent students and he himself is acknowledged as an important martial arts scholar.

This is a video of Master Sha at the age of 84: